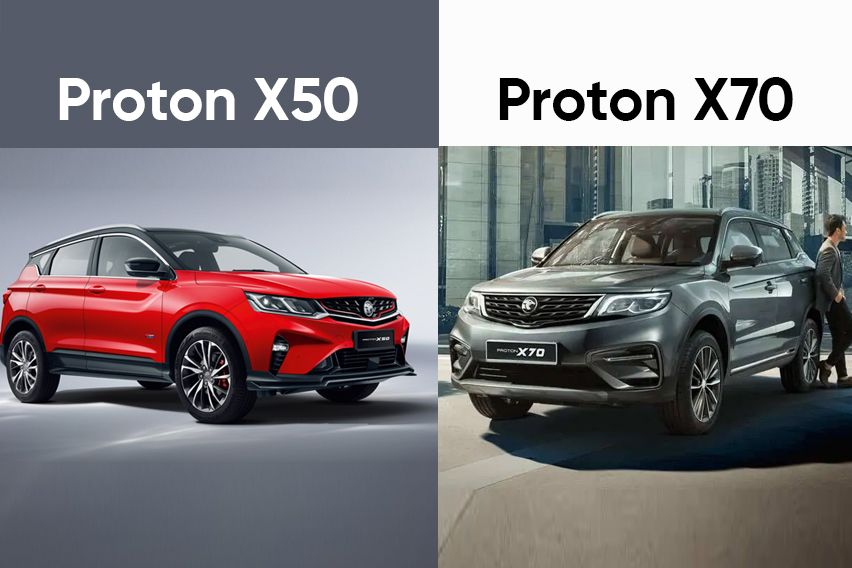 Twenty months after the launch of its successful SUV X70, Proton is all set to roll out another marvel from its stable, the X50. Like the earlier model, the upcoming SUV has also garnered a lot of attention and hype even before its launch. And, the popularity of the X70 skyrocketed people’s expectations for the X50.

Proton has previewed the all-new X50 a few days back and announced some details, but still keeping the X50’s price and launch date under the hat. So far, we have talked about the model's features, variants, and reasons to buy, and to be honest, it looks quite promising. While waiting for the X50 to come, here we bring another story in which we are going to compare the X50 with the X70 and will point out the similarities and differences between the two Proton SUVs.

Based on Geely models

The larger Proton X70 is a milestone in Proton’s history as it was the company's first SUV and also the first model to be launched after it entered into a partnership with Geely. Both SUVs in the discussion are based on Geely cars; the X70 is a rebadged Geely Boyue, while for the X50, Proton undertook the Geely Binyue as the base.

As we can see, both Proton SUVs have a common naming convention with just a difference in number. The ‘X’ in the nameplate means a crossover segment in which the two utility vehicles are positioned, whereas the numerical value denotes the vehicles' size. It makes it clear that X50 is smaller than the X70.

Unlike the X70, Proton X50 will be completely knocked-down from the start whose production has already commenced in Proton’s main plant in Tanjung Malim, Perak. In the bigger one, the automaker first brought the CBU model, and then after a year, it launched its CKD version.

While the design of Proton SUVs is heavily borrowed from the Geely models, these are tailored for the brand’s specific look. The 2020 X70 CKD and upcoming X50 feature the brand’s new ‘Thundercats’ logo and the signature ‘infinite weave’ patterned front grille. The younger sibling also gets the 'TGDI' badges on the front doors as the elder one.

The upcoming X50 Flagship variant gets a panoramic sunroof that is supposed to be the first in the segment. In the X70 also, customers get this feature in the top variant only.

Under the hood, the two SUVs incorporate different engines; the larger X70 is powered by a 1.8-litre TGDI turbocharged gasoline mill producing 184 PS of maximum power and 300 Nm of peak torque. On the other hand, Proton X50 gets the power from a 1.5-litre turbocharged engine differently tuned for different output levels. For the top-spec Flagship, it is expected to deliver 177 PS and 255; final numbers are yet to be revealed.

But when it comes to gearbox setup, the SUVs get the same stuff i.e., seven-speed dual-clutch automatic sending power to the front wheels. It is the same transmission that many Volvo models have. It can handle much more torque and contributes significantly to the performance and mileage.

Same infotainment system with some differences

The upcoming X50 lower trims get an eight-inch touchscreen infotainment system with GKUI 19, while with the higher trims, the customers will be getting a 10.25-inch display. And, if we talk about the elder X70, it just has an 8-inch touchscreen on offer. However, these SUVs' infotainment systems are the same GKUI units that come with the "Hi Proton" voice assistant functionality and eSIM capabilities for connected functions. Talking about the differences, the X50 gets a new Amaps system in place of Baidu Maps in the X70, and the personal Proton assistant in the new one will have a woman's voice, instead of a man in the older.

In Level 1, the driver needs to control most aspects of driving. The few automotive functions are automatic acceleration, adaptive cruise control, and basic lane departure warning. Coming to Level 2, it comes with automatic control of steering, accelerating, and braking, although the driver is required to control the vehicle at any given time. Proton has not revealed the ADAS features yet, but it may include centering assist, lane-keeping assist, autonomous emergency braking, adaptive cruise control, and blind spot monitoring.

Features not available in Proton X50

Although Proton loaded the X50 with the latest features, it still misses some premium features that are available with the bigger model. These are:

In a nutshell, we can say the two Proton SUVs share a lot of stuff, but the smaller X50 gets some upgraded features. For more details about the upcoming model, keep reading Zigwheels Malaysia. 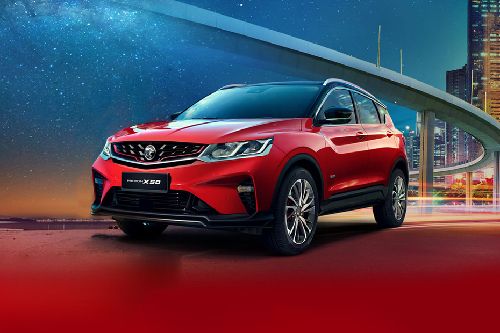 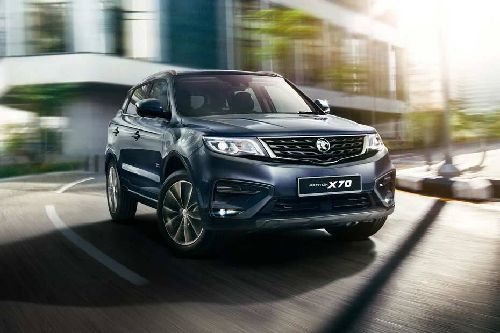